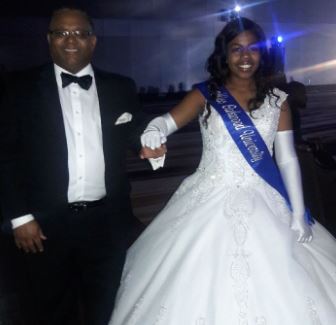 On Wednesday, February 7, the Pre-Alumni Council members boarded a van headed for Atlanta for the UNCF Leadership Conference. The conference marked the 72nd  annual meeting of UNCF’s National Alumni Council, and the 60 th  National Pre-Alumni Council. The four-day conference featured workshops geared toward preparing students for life after graduation, as well as seminars for Alumni Relations officers, aimed at increasing alumni involvement.

The conference offered rich networking opportunities for the students of the 37 UNCF member schools as it brought them in direct contact with industry leaders from major corporations and government agencies, such as the Bank of America, Quicken Loans, Fed Ex, Target, and the CIA.
Oakwood Pre-Alumni club member Tori Allen was surprised by the transparency in which panel guest shared their experiences. Allen, a senior communication major, was particularly impressed with Caroline Wanga, Vice President of Diversity & Inclusion for the Target Corporation, who shared some of the major personal and professional challenges she faced. “She quoted my favorite line from Marianne Williamson’s poem ‘Our Deepest Fear,’ which states that as we liberate ourselves, we liberate others. That’s exactly what she did for me. Her story of liberation allowed me a glimpse of what a liberated Tori Allen would look like,” stated Allen.
Saturday evening featured the National Miss UNCF Pageant, which was hosted by Oakwood alumnus Kenneth Anderson of Huntsville’s Office of Multicultural Affairs.  For Najma Calhoun, a graduating senior, the event also marked the end of her term as the National Pre-Alumni Council chaplain as the new student leaders were announced during the competition. “I was motivated by the Empower Me Tour panel to come back and share opportunities to my fellow student body,” said Calhoun.
Students gained valuable experience from the UNCF Leadership Conference as they prepare for life after graduation. Sophomore Information Technology major Maurice Staples gained valuable insight from the workshops. “One of the speakers expressed that he had the opportunity to do something great, that he didn’t feel as if he had full qualifications for,” Staples said. “He took the opportunity. He later realized that if he hadn’t taken that chance, he would have never learned the skills required for his success today.”