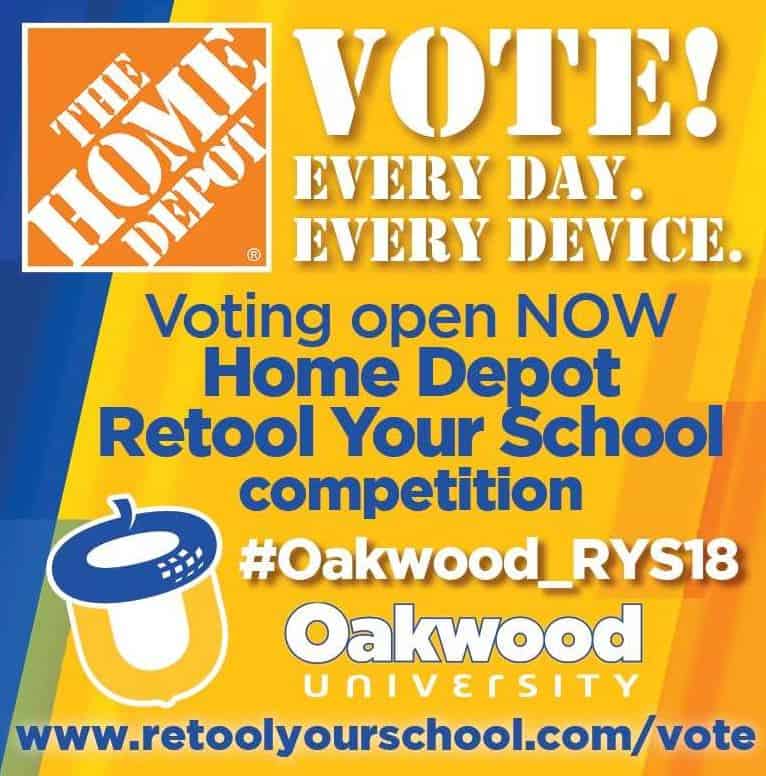 Oakwood Nation — it’s time again for The Home Depot’s Retool Your School Grant Program 2018.
With your help over the past few years, Oakwood has won top prizes in this grant program that was established in 2010 to provide support for campus improvement projects to the nation’s HBCUs.
Since the program’s inception, over $1 million dollars in grant money has been awarded for campus improvements. Through grant winnings, Oakwood has built an outdoor pavilion, and a Healthy Campus 2020/STANDOUT outdoor exercise area and has installed bleachers at the soccer field.
The first step is nominating Oakwood University, by using the hashtag #Oakwood_RYS18 on Twitter and/or Instagram, as often as possible through February 22. After being nominated, we then will move into the voting stage. 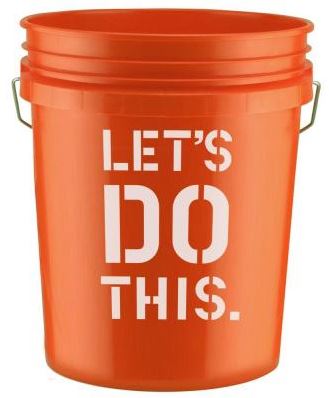 Voting will begin February 26, 2018, at 12:00 a.m. (midnight) and ends April 15, 2018, at 11:59 pm. Nine schools receiving the highest number of votes during the voting period will advance to the final round and submit their campus improvement project proposals. A panel of distinguished judges will evaluate each school’s proposal. A total of $360,000 will be granted to the nine HBCUs with winning proposals.
Beginning February 26, you can vote online at www.retoolyourschool.com or through social media accounts on Twitter and Instagram with the hashtag #Oakwood_RYS18.
Let’s Do This, Oakwood!!!